A few weeks ago (November 2016) I came back from a trip to Europe, a land tour through Poland, Slovakia, Hungary, Austria and the Czech Republic. One of the stops was Krakow, Poland. Auschwitz, the Nazi concentration camp is a short distance from Krakow. We toured through Auschwitz, and also Auschwitz 11 (Birkenau).

As a kid during the 1940's, I can remember the newsreels in the theaters showing the horrors of Auschwitz and other camps, pictures that stuck in my mind over the years. Now to be standing on the ground these horrors took place over 70 years ago is quite an experience. Seeing the buildings the condemned people were herded into - the ovens - the different rooms - the pile of human hair - eyeglasses - photographs (especially the children huddling with their mothers) - piles of shoes and clothing and belongings, etc. is a sobering sight of what horrors man can do to man. It is estimated 1.1 million people were killed in Auschwitz alone, either by gas, firing squad, exposure, and "experiments". I won't print what other horrors took place, I don't what to get too graphic during this holiday season.

But I will say this, as horrible as the events in Auschwitz are, we are no better today right here in the USA. We have our own equivalent death camps throughout this country - they are called Abortion Clinics. A "camp" or clinic where your baby is legally carved up, vacuumed out - put to death in a horrible manner. The estimation of people killed in the Nazi death camps during World War 2 is anywhere from 6.5 million and up. The estimation of people killed here in the USA since Roe vs Wade in 1973 is 60 million and up. 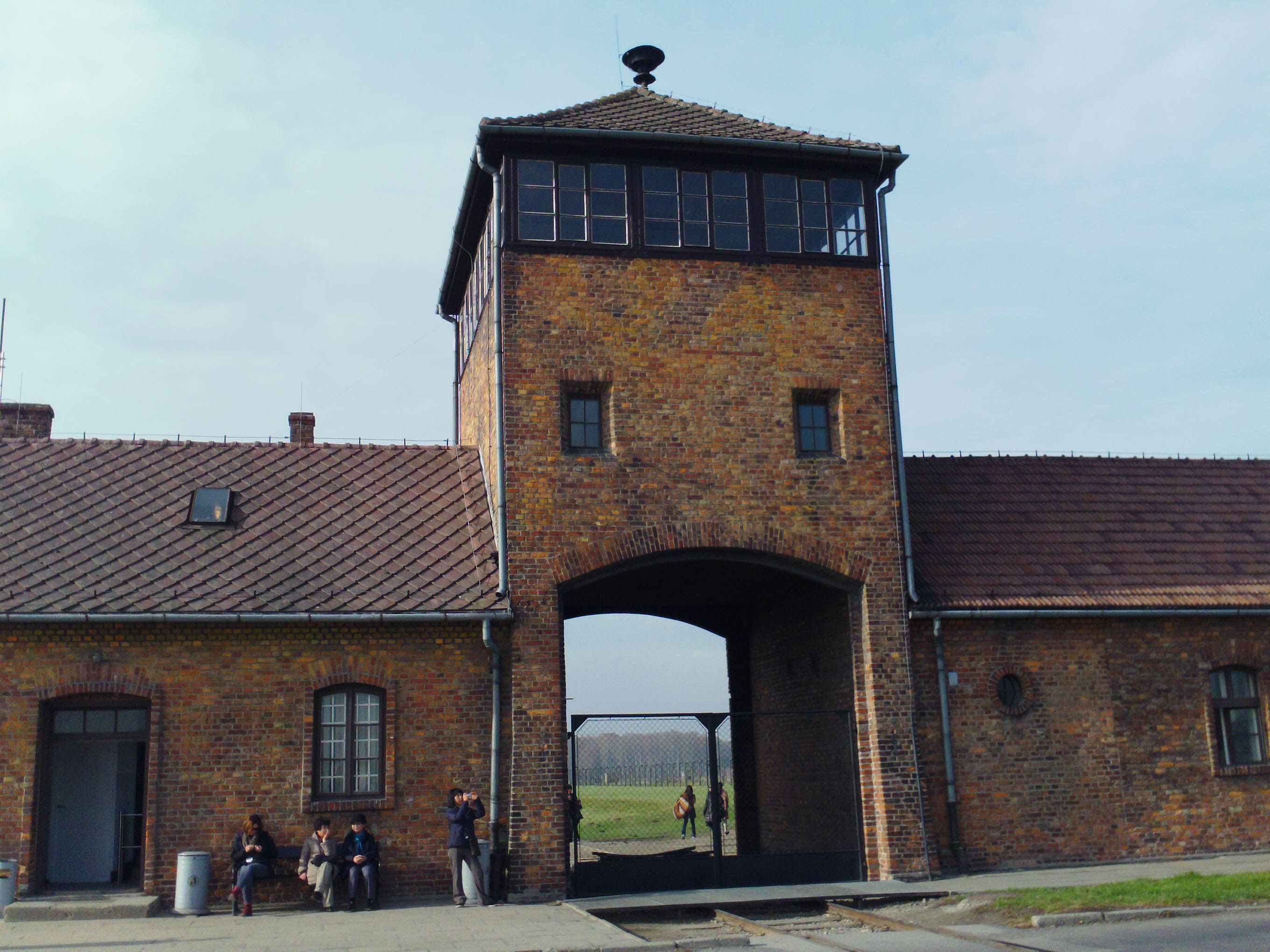 Yes, the babies killed here are people, they are human beings - living human beings that we murder every day right here in the good ole USA. They are not insects or creatures, or the new terminology "fetus" - a word that was coined - not to make you feel you are aborting a human baby, but something pre human. They are the product of a man and a women getting together and producing another human - at conception.

I know there are cases where the mothers life is in danger and a abortion is performed to save the life of the mother - but 60 million? C'mon man!

Can you think of anything more evil then parents killing their own children?

When you think of what Jesus Christ let be done to His body, to save us, and all the millions of Christian Martyr's who let their bodies be subject to lions, and crucifixion two thousand years ago - and murdered right on up to today, especially in Asia and Africa, you wonder why is it a pregnant woman can not go through 9 months of carrying the most precious thing on earth - a newborn baby - with the knowledge that if she does not find the baby to be a blessing to her - then to give the baby up for adoption to a couple who would gladly take in that baby as their own.

In 1989 I turned my life over to Christ. Before that I did not have this feeling I have today against abortion. Not long after that day in 1989, this feeling of how evil abortion is became so strong, I knew I had to do something about it, and I made it my goal in life to warn the people that God does not take it lightly when you kill His creation. I know I am not writing this on my own, but the Holy Spirit is guiding me. If you think this is a bunch of bologna, try turning your life over to Christ and see what happens - what your calling in life will be. I also have strong feelings against Evolution, but that another story.

I pray the United States will reverse Roe vs Wade sometime soon and end this legalized slaughter of millions of babies. And I pray that men and women will find a blessing in their child, or at least put it up for adoption.

In the Bible, which I believe is Gods Word, there are many verses against abortion. But you do not have to be a Jesus Freak like me to know that abortion is the killing of a innocent human life - its against human nature.

Countries in Biblical days, such as Moeb, Edom, Assyria and Babylon who sacrificed their children to their stone and wooden gods have all disappeared, as God said they would. God help us today as we in the USA are doing the same thing. We are sacrificing our children to the gods of money, lifestyle, cold heartiness, etc. you name it.

I ask all Christians out there - pray the politicians, especially the Democratic Party, to take the right to abortion off its platform, and to pray the oncoming administration in January 2017 does something constructive in reversing Roe vs Wade, and closes up the "Auschwitz's".

Old Testament prophecies fulfilled by Jesus What is Christianity? What is the Bible? What is Salvation? Taking the next step George's testimonial Lukewarm Christians Why Christians should oppose abortion See list of all articles List of all commentaries